Lend Us Your Support Today

"On a cold evening in Birmingham over 40 years ago, a recent college graduate volunteered to go buy salad dressing for dinner that she was having with her boyfriend. Leaving the nearby convenience store, she was abducted. Her nude, frozen, bullet-riddled body was found the next evening. The trip to the store on Dec. 20, 1976, ended with the murder of Quenette Shehane, but it would mark the start of the victims’ rights movement in Alabama, a crusade led by her mother, Miriam Shehane of Clio. After Miriam Shehane had begun to find that the overwhelming pain of her daughter’s killing was compounded by her experience, as the three men charged in her abduction, rape and murder were tried in court — twice each for two of the men, three times for the third. During the five years after the murder, she had to relive the agonizing testimony in seven trials. She did not want others to endure the same and began tirelessly lobbying for laws aimed at helping the families of victims of crimes. In 1982, Victims of Crime and Leniency (VOCAL) was organized by Miriam Shehane. Before VOCAL, victims’ rights were non-existent. There were no victims’ rights laws in Alabama. Not even one. Today because of the hard work and dedication of the co-founders of VOCAL, there are twenty-seven (27) victims’ rights laws in the State of Alabama.“

Pictured to the right is Ms. Miriam Shehane lighting a candle in memory of her daughter, Quenette, at the 2021 VOCAL Vigil in Montgomery, Alabama. Thank you for your support through your generous DONATION made today. 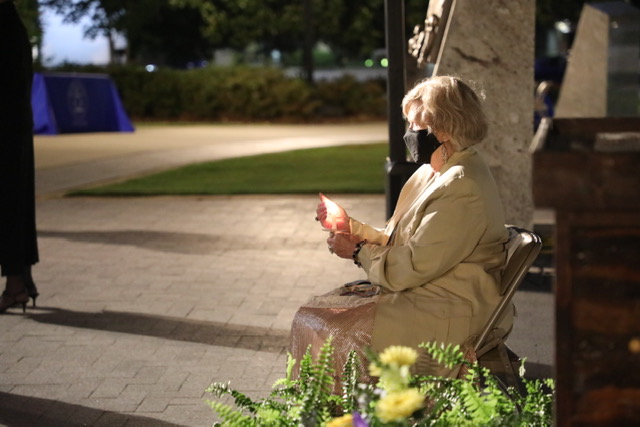